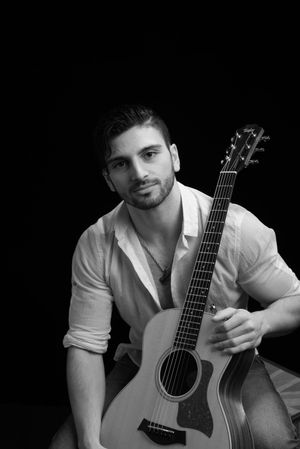 Michael Martino is a Montreal based musician who has been captivating audiences since the age of 13. He demonstrates technical virtuosity on the instrument as well as the ability to add a soulful connection to each note. Although he is commonly identified as a rock guitarist, Michael excels in a wide range of styles including Country, Jazz, Blues, Metal and World Music. He has a great deal of experience performing live shows across North America and has made a couple of television appearances in the process. In 2011 he took part in in the "Montreal Guitar Grand Prix" and won bronze. He is also continuously sought after as a session musician and sideman. His inspirations include guitarists such as Angus Young, Eddie Van Halen, Richie Sambora, B.B King, Stevie Ray Vaughan, Brad Paisely, Johnny Hiland, Brent Mason,Tommy Emmanuel, Wes Montgomery and Joe Pass.
He has a formal education in music performance and posseses  fundamental knowledge on music theory and ear training.  Today, Michael takes part in a variety of musical projects. He continues to compose, record, perform and teach